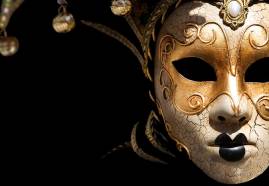 “But we don’t see it in school” (Mum must be lying), “S/he’s fine here, no trouble.” (Mum is attention-seeking, maybe she has FII), “Really? I can’t imagine him/her behaving like that, s/he’s never done that here.” (Mum must have poor parenting skills/there are issues at home).

So many autism parents have encountered this scenario.  Why?  Really – why, why, why, why – when there is much basic autism information available free online from reliable sources, which states that masking in high-functioning autistic children is commonplace?

Occam’s Razor says that the simplest answer is usually the correct one.  So, then I ask professionals, what is more likely – that most parents are devious liars with issues, that have nothing better to do than create work for themselves by inventing their child’s difficulties just for the hell of it?  Or that their child really is very anxious, struggling in the school environment and is holding it in whilst there and releasing it in an explosion at home?

Why do autistics mask?  Anxiety and/or inhibition.  Inhibition because they realised or sensed from early on, that they were different and struggled in interactions.  They are likely to have been excluded, ridiculed or bullied for being different.  They pressure themselves to fit in, because all anyone wants is acceptance.  They may also have developed a phobia about being told-off by teachers, or being unpopular with peers.

You know what’s sad about this situation (aside from children not being given either the diagnosis or help that they need that is)?  Is that autistics cannot be themselves.  That autistics have to put on an act, adopt a persona, to be considered acceptable to society.  That they have to live in fear of being judged for their differences.  Misjudged.  That to not be negatively targeted, they have to mimic others and suppress their natural traits.  And it is exhausting to mask.

Why would professionals, teachers and CAMHS clinicians, paediatricians, not realise these most basic facts (and they are supposed to be the ones experienced in children’s behaviours)?  That standing out and drawing negative consequences or reactions, is more than enough to make someone keep a lid on it until they feel safe to let it out?  That they may be in such abject fear and anxiety of the situation they are in, such as school, that they are almost frozen in fear for the duration.  To exist in that state for a whole school day, why is it a surprise that by the time they return home to their family, they are unable to do anything but display challenging behaviours to release it?

Obviously it’s not as simple as these professionals not understanding or realising.  It’s also highly convenient to blame parents, if blaming parents saves money.  Many professionals bask in the glory of their position and the power it gives them.  Some relish misusing that power to become playground bullies all over again, but this time it’s sanctioned by policies and procedures that are conveniently designed to be misused.  Professional bias goes a long way, it’s like a Mexican wave, one starts with a particular viewpoint and the others all willingly join in, oblivious to other possibilities because agreeing is an easy ride and also lets them off the hook if they have been responsible in any way for exacerbating the child’s difficulties (whether by accident or design).

The vast majority of parents see their child in difficulty and want to help them.  Behaviour is telling you something and autistics often have trouble speaking up away from their family.  So they may tell their parents how they feel but be unable to in school.  It’s normal for a parent to want to resolve their child’s difficulties.  Imagine how it is to approach the very people you are supposed to have faith in, only to be dismissed and made to feel it’s your own fault.  Imagine how it is to see your child being tortured every day and being like the last Spartan at Thermopylae against a Persian army, trying to save them.

Professionals simply have to do some basic research such as by reading the above articles and learn to be accepting of what parents are telling them.  Teachers are rarely autism experts and do not have the qualifications to comment on whether a child could not be autistic based on them being passive in school.  If parents can learn this stuff, then you’d expect professionals who are in the job of being around children all day, to do so.  The more parents talk about this issue, hopefully more awareness of masking will be raised.